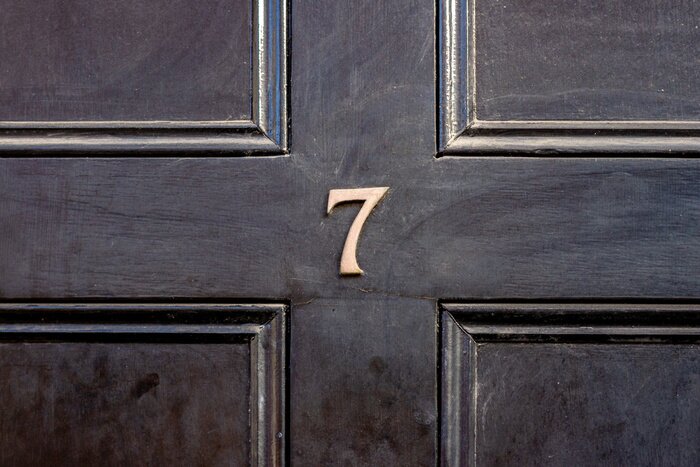 “Finish up the dressing rooms before you go, okay, hon?” Barb shrugged on her jacket, then flipped her hair out from under the collar. “And don’t forget to lock up.”

“Lights and locks. Got it,” Claire nodded. She poked a dress into a rack of identical outfits. “Good luck with Mr. Swipe-Right.”

Claire faced the empty store. She hated closing the place alone. The trendy boutique was located in a nineteenth-century brownstone that once housed a religious school, deriving its name—Konfession—from the dressing rooms fashioned from the school’s original confessionals. During the day, the store was bright and crowded. At night, it filled with a sinister silence, broken only by the hiss of hot water whispering through the pipes overhead.

Claire eyed the dressing rooms. Her last task was to re-rack the abandoned outfits left in each. It was no big deal, for the first six rooms. But then, there was Dressing Room Seven. That one creeped Claire out. It was oddly chilly and reeked of spoiled meat. She tried to avoid it at all costs.

Its door was ajar, so Claire pulled it closed with a click. She didn’t like it being open behind her while she worked. There was no logical reason. It just felt…wrong.

With Dressing Room Seven closed, Claire entered another room and emerged with an armful of clothes.

The door to Seven was open again.

“Goddamnit,” she whispered. She closed it again, rattling the handle to make sure it was latched, then began re-racking the clothes.

As she hung a blouse, a long squeak pierced the silence. Claire turned her head. The door to Dressing Room Seven was slowly creeping open.

“Hello?” she called, her voice quavering.

Purposefully ignoring the open door, she finished hanging the last few outfits, then headed back to retrieve more.

Claire squealed, “What the fuck?”

Grabbing a broomstick from the wall nearby, she held it out defensively, then began moving towards Seven. Her heart pounded in her chest.

As she approached, the door unlatched by itself. Claire nudged it with the broomstick. It swung open. Freezing air caressed her face.

Claire relaxed, suddenly feeling silly. The room was empty, except for a black dress hanging on the back wall. Claire eyed the dress curiously. It didn’t look like one they sold in the store. It was moth-eaten. Dusty. It seemed ancient.

Intrigued, Claire stepped into Dressing Room Seven to get a closer look. As she reached for the dress, the door swung shut behind her.

Claire spun around. She nearly screamed as she found herself face to face with…herself.

She laughed in relief. Her reflection in the mirror on the back of the door laughed along with her.

By the time she noticed the ghostly woman in the black dress reaching for her, it was too late.

She never had time to scream.